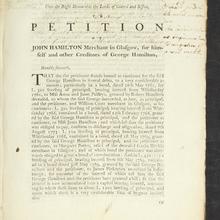 Unto the Right Honourable the Lords of Council and Session, the Petition of John Hamilton Merchant in Glasgow, for himself and other Creditors of George Hamilton 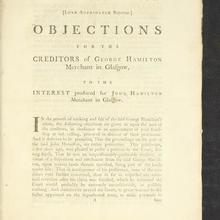 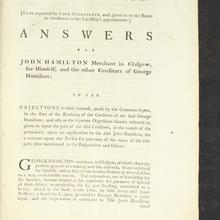 Answers for John Hamilton Merchant in Glasgow, for Himself, and the other Creditors of George Hamilton ; to the Objections to the interest, made by the Common-Agent, in the state of the Ranking of the Creditors of the said George Hamilton ; and also to the separate Objections therein referred to, given in upon the part of the said Creditors, in the course of the procedure, upon an application by the said John Hamilton, for a warrant upon the Factor for payment of the rents of the subjects after mentioned to the Respondents and Others